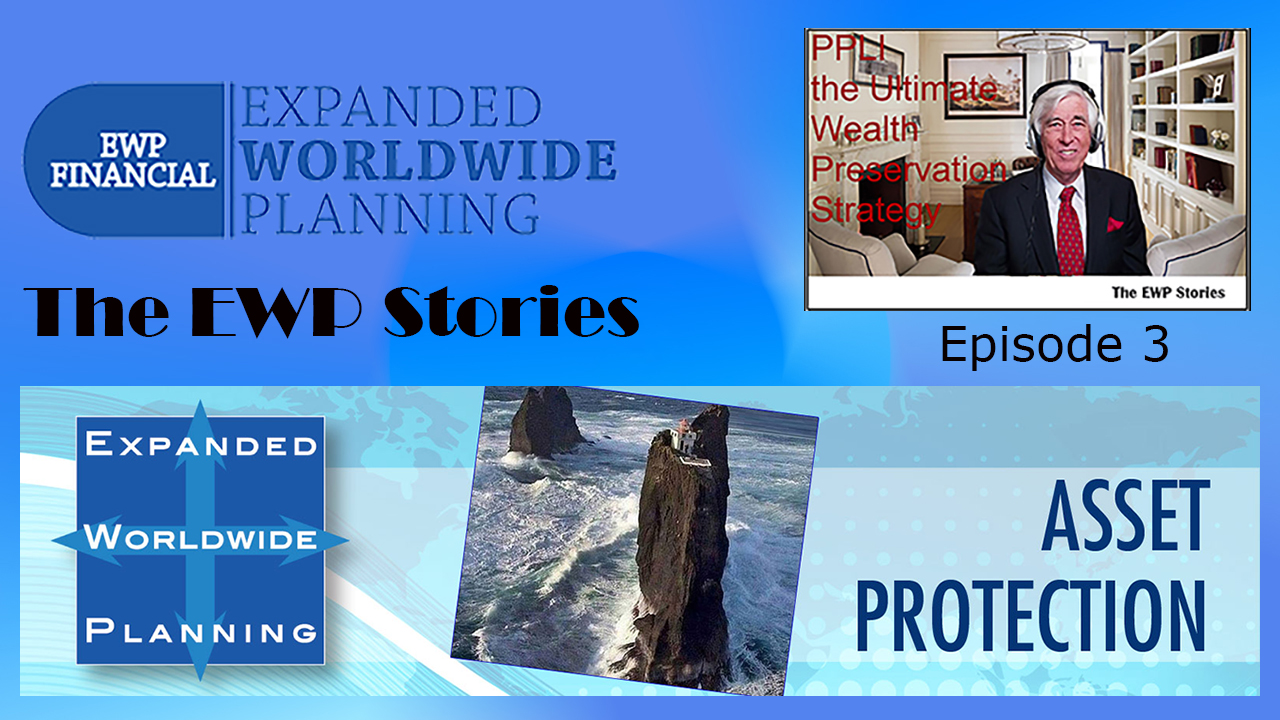 In today’s world of financial transparency, there is no hiding of financial assets. The EWP Da Vinci Code brings you peace of mind through a long-established and secure financial structure—life insurance, in the form of Private Placement Life Insurance, or PPLI for short. Our model is highly effective, yet conservative, and offers more asset protection than the recently invented options available to wealthy families.

In this video, we follow the plight of Janice Johanson, who through poor asset protection planning must forfeit a substantial part of $100M that she received from the sale of her business. We encourage you to learn from Janice’s mistake, and protect your own businesses and assets with an EWP asset structure.

The gleaming, antiseptic surfaces in combination with the glare of the fluorescent lights gave Brian a sharp inner chill. Not the chill of cold on his body, but an aching chill in the pit of his stomach. He was about to face the unintended victim who might be the cause of his client’s demise, and his own firing from a lucrative client of his firm.

Several years ago under Brian’s direction, he had helped establish a captive insurance company for Janice’s chain of wine shops. This self-insurance vehicle both saved premium dollars on their current policies, and reduced the company’s taxes. It was a smart decision at the time.

He now realized that he had done a poor job of monitoring the captive insurer, giving responsibility over to the captive manager. Under the manager’s advice they had established the captive in a state that had minimum capital requirements, and funded the company with minimum surplus requirements. The company’s ability to pay a liability claim for Steve’s fall was wholly inadequate.

Because the captive company had been established, Brian advised that they cancel their General Liability and Excess Liability insurance policies. To make matters worse, there was also scant legal defense to mount for the negligent behavior of the store clerk.

Where were the funds to pay for this horrific accident? How would Janice react when he told her that the $100M buyout money would have to be used?

Brian’s leather-soled shoes slide at each step along the highly polished floor. He had been directed to a special unit of the hospital, a section that housed patients who needed extreme monitoring after leaving the ICU. Steve was diagnosed with severe traumatic brain injury (TBI), and was in a coma.

On both sides of Steve’s hospital bed were the machines that told doctors and nurses that Steve was alive. Digital displays and electronic beeps that would erupt into loud piercing alarms, if his vital signs went wrong. What was now Steve seemed like a frail, foreign object amidst this array of electronic equipment. A very slight rise and fall of the bed cover gave evidence of life.

TBI victims go through definite stages: coma, vegetative stage, minimally conscious state, and post-traumatic confusional state. They might not progress at all from one stage to the next. Each patient was different. Steve might never emerge from the coma, be impaired, or be severely impaired.

Brian had seen enough. It was now time to prepare himself to be fired, and be further away from becoming a partner at his firm. He had hoped to achieve this in the next year, now that was definitely out of the question.

As he turned out of the hallway to the main entrance of the hospital, he thought he saw an older couple and a tearful young woman entering Steve’s room. Most probably they were his parents and his girlfriend. Meeting them would have been beyond his current emotional state. He had royally messed up. But he accepted responsibility, and did not try to blame others. There was no one else to blame.

In our next video, and concluding video on asset protection, we find Janice Johanson on the verge of another business venture. But this time she has resolved to use an EWP asset structure to protect her new business against unexpected loss. Janice has learned the hard way. We hope you can benefit from her example.

If you found this video useful, please give us a Like, and click on the subscribe button below. We look forward to connecting with you in Episode Three.

To learn how the wealthiest families in the world conduct their financial affairs, please call +1 530 692 1007, or email us at info@expandedworldwideplanning.com.

At your convenience, we can arrange a call to discuss how our unique blueprint can vastly enhance your asset structure.

The opinions expressed in this video are for general informational purposes only and are not intended to provide specific advice or recommendations for any individual on any financial structure, investment, or insurance product.