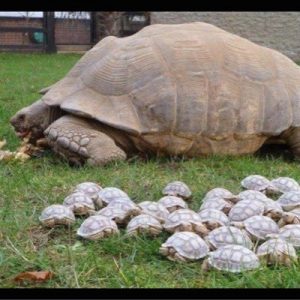 Today we feature the tax shield. Perhaps the best comment made about the tax benefits of PPLI is from the October 1994 article in Offshore Investment by Professor Craig Hampton:

“I was visiting a gentleman at his home in the Piccadilly district of London. It was explained to me that his net worth exceeded US$100 million by a substantial margin. I noticed the presence of a computer terminal on a large desk in his den. It was surrounded by reams of paper dealing with offshore investing.

It soon became apparent that his affluence was due to his own efforts when he said to me: “You’re a bright young man who obviously knows his craft. But what can you tell me that I don’t already know about finances?”

I leaned forward and made this simple statement:

“Through the creative use of international life insurance, your financial affairs can be arranged so that you will never have to pay income taxes for the rest of your life!” The gentleman took serious notice, and thus was born the Hampton Freeze.”

The Hampton Freeze is the name coined for the various PPLI designs developed by Professor Craig Hampton in the early 1990s. These designs were utilized in cases where the premium was over $100M, but can also be employed for PPLI policies with lesser amounts of premium.

Oddly enough many of the tax benefits used for the sophisticated designs like the Hampton Freeze utilize the same tax benefits common to all life insurance policies:

This is why savvy, wealthy families today are employing PPLI, (Private Placement Life Insurance), in greater and greater numbers. A hallmark of the popularity of this asset structure is its conservative and straightforward nature. This ironically allows it to achieve spectacular tax savings.

Why strain to invent a structure that will very likely draw the attention of tax authorities, because of its convoluted and aggressive design? At Advanced Financial Solutions, Inc., we counsel you to stop trying to be overly clever in the design of your asset structures. Why not use a financial tool that has been in use since Ancient Rome–life insurance? This will give you the best tax shield available today bar none.

A Brief History of Taxation

We will be concentrating on the ‘shield’ aspect of the tax shield, but before we go into more detail, let us speak briefly about the ‘tax’ aspect of our subject. What is the history of this thing we wish to shield?

In the ancient world there is recorded a system of taxation in Egypt around 3000-2800 BC. Documents show that the Pharaoh would tour his kingdom twice a year to collect taxes. In the Bible, we find this quote,

“But when the crop comes in, give a fifth of it to Pharaoh. The other four-fifths you may keep as seed for the fields and as food for yourselves and your households and your children,” Genesis (chapter 47, verse 24, the New International Version.)

America was tax-free for much of its early history. This changed at the time of the Civil War, when large debts were incurred to fund the war against the South. In order to help pay for the war, the Congress passed the Revenue Act of 1861. The tax was levied on incomes exceeding $800 and was not rescinded until 1872.

In 1913, the 16th Amendment to the Constitution was introduced to pave the way to an income tax by removing the proportional to population clause. It was quickly followed by an income tax on people with an annual income of over $3,000. This tax touched less than 1% of Americans.

World War I led to three Revenue Acts that cranked up tax rates and lowered the exemption levels. The number of people paying taxes in the U.S. increased to 5%, and separate taxes were introduced for estates and business profits.

Who Pays the Most Tax Today?

The most recent IRS data, from 2016, shows that the top 10 percent of income earners pay almost 70 percent of federal income taxes.

Looking at all federal taxes, the Congressional Budget Office shows that the top 1 percent pay an average federal tax rate of 33.3 percent. The data show tax rates decline with income, and the poorest 20 percent of the population pays an average tax rate of just 1.7 percent.

In Part 2, we will focus on the exceptional advantages of using PPLI with real estate. As always, we welcome your comments and questions.