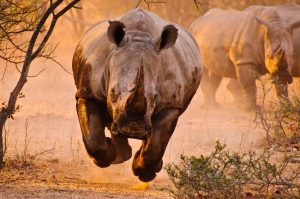 Today we feature asset protection. As you will read, our asset protection model is called The EWP Da Vinci Code. Our model is highly effective, yet conservative, and much less exposed to scrutiny than the recently invented options available to wealthy families. In today’s world of financial transparency, there is no hiding of financial assets. The EWP Da Vinci Code brings you peace of mind through a long-established and secure financial structure–life insurance, in the form of PPLI.

Asset Protection is a prudent subset of financial planning. As we will read later in this article, some consider asset protection a deceptive, sleight-of-hand trick that deprives creditors from receiving what is lawfully due to them. The law is a double-edged sword that cuts both ways. Our article deals with both sides of this sharp blade.

We take an expansive approach to asset protection and Expanded Worldwide Planning (EWP), and how Private Placement Life Insurance (PPLI) produces a simple and straightforward solution to this drama? What is the drama you correctly ask?

We will call our drama the Expanded Worldwide Planning (EWP) drama, since this is, in a sense, our main character. Our sub-plots in this drama are:

Our theme of opposites is aptly expressed by the opening lines of A Tale of Two Cities by Charles Dickens. These profoundly simple lines express the hopes and fears of all ages:

Why call it a drama? Our clients come to us to implement the six principles of Expanded Worldwide Planning (EWP) by incorporating PPLI into their asset structure. Our wealthy clients have achieved this great wealth for the most part through hard work, intelligence, and some element of being in the right place at the right time. They wish to be good stewards of this wealth, and pass it onto future generations, but encounter various antagonists. Hence, a drama unfolds.

Both Sides of the Sharp Blade

What we term the Sharp Blade is our legal system, particularly in the U.S. According to One Legal, it is estimated that there are more than 40 million lawsuits filed in the U.S. every year.

For better or worse, the legal system is adversarial. If you are sued you must defend yourself or risk losing the lawsuit by inaction. Both sides present their best case and a judge or jury decides what shall be done with the issue, or the parties negotiate a settlement between themselves before the case goes to trial.

If you are a professional person or own a business, you are at risk of being sued, and it behooves you to protect yourself. Different types of insurance can mitigate the risk for you, but not for all situations. If insurance does not come to your rescue, then, your assets are exposed to being seized and sold to pay a judgement against you.

Wealthy families, who may be immigrating from a country like China that is not nearly so litigious, may not even consider this possible threat to their assets. Expanded Worldwide Planning (EWP) through the proper implementation of a PPLI policy offers asset protection by its very nature. Not as a separate complicated trust structure, but because life insurance has a very favored position in the eyes of the law in respect to asset protection. This will be explained in more detail in other sections of our drama.

Watch a nature documentary and you will see this sub-plot of our Expanded Worldwide Planning (EWP) drama unfold. Frequently, the strong and fast feast on the weak and slow, but not always. Nature has a stealthy way of protecting the weak and slow. You might call this method camouflage, hiding in plain sight. Instead of trying to run away from predators, or overpower them, they quietly remain in the same place.

Some asset classes are favored by law. These assets provide the debtor with a greater level of protection from the claims of creditors than would other asset classes. This is so for life insurance, because it is considered essential for the debtor’s family to maintain at least a minimum level of well-being, and not become a burden to that state.

Please contact us today to find out if The EWP Da Vinci Code is right for you. We will continue next week with Part 2. Look forward to your questions and comments.

~ Your best source for PPLI and EWP 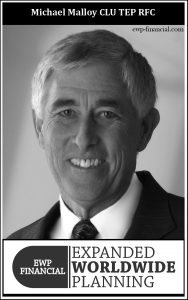